Adventure Sports designed and patented a new prototype called Wetsuit Buddy which is a wetsuit removal device to facilitate surfers and other wetsuit users to remove their wetsuit with ease. The aim of this project was to review all the functional parameters to optimise the design of the device.
The company had already a number of prototypes produced in the UK, but these prototypes were either too cumbersome or not effective. Following numerous design iterations informed by testing on a mannequin and volunteers, GMIT re-designed and produced a working prototype using 3D Modeling and Rapid Prototyping capabilities at the institute was produced. On behalf of the company all of the data and design drawings were forwarded to an Irish company to improve the cosmetic aspect of the device and to produce the device for sale on European and US markets.

‘We used our Enterprise Ireland innovation voucher with Met Technology Gateway to work on prototype development and design verification. The MET Technology Gateway team helped us overcome a large hurdle in design modeling with the functionality and form factor of our prototype. The MET Gateway team’s core strength is taking prototypes from concept to fully functional. MET Technology Gateway’s vast knowledge, years of practical engineering experience, and creative thinking makes this team one of the best in the country. We will be returning to work with MET in future and we would highly recommend them’
Laura Taylor Adventure Sports 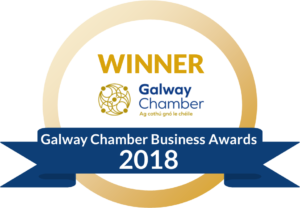